In this article we will look into how some plants can be a wonderfull addition to your home and will identify the 10 Best Plants that absorb EMF radiation. Before we get into that let’s first highlight some of the reasons why we should have plants in our home.

Why should you have plants in your home ?

Plants on top of looking and smelling nice, are also great air purifiers and absorb carbon dioxide and carbon monoxide and produce pure oxygen, they also absorb many toxins such as formaldehyde, benzene, trichloroethylene and by-products from the air.

NASA has done many extensive studies on house plants and their various benefits. The researchers at Nasa recommend at least one plant for every 100 square feet in your home. So if you have a 2000 square foot home, you should shoot to have at least 20 houseplants of different varieties. Nasa also highlighted that ome plants also are believed to help reduce and absorb harmful radiation.

How do some plants absorb Radiation ?

Right, first, we need to know the difference between ionizing and non-ionizing radiation. Non- ionizing RF radiation is far lower in energy than gamma, cosmic and X rays and such, which can fry your DNA. In between is visible light, which can cause cancer. It’s also much higher in power when you lay in the sun. Your wifi router is puny in comparison, and below the ionizing energy threshold.

Radon on the other hand (the radioactive gas that comes from the Earth in some geographic areas) coming up from the cellar can be more dangerous than EMF because it’s ionizing. Although plants can reduce EMF radiation by absorption (which is non-ionizing) they wouldn’t be able to absorb Radon, firstly because it is ionizing and secondly it is a ‘noble’ gas and there would be no chemical reaction with the plant. To remove radon from the air you would need a radon-specific air filtration system or to move to a radon free location.

Saying that plants do absorb gases like carbon dioxide and carbon monoxide and many toxins such as formaldehyde, benzene, trichloroethylene and by-products and yes, plants do absorb Radio Frequency radiation. Anything conductive, especially with water in it, will absorb radiation and provide a certain degree of electromagentic shielding. There are also studies conducted that show the interactions  between living organisms and show how Plants respond to EMF radiation .

Let’s talk relative now to understand the difference in intensities between one source of EMF and another. The amount of radiation from a computer is very low and below dangerous levels. Your wifi router is far away from you, usually. But your cell phone is usually in your pocket, and sometimes next to your brain while it is transmitting, so it transmits much more energy into you than your computer or other gadgets. Learn about the Inverse Square Law of Radiation.

Plants don’t suck energy out of a room. They make a shadow, like blocking sunlight. They DO absorb radio frequency to a measurable degree, but they do not absorb a HUGE amount. Also they have to be in the line of sight between you and the radiator to act as a shield against electromagnetic radiation.

You can use a phone app to measure the level of wifi signal, and the effects of different materials in blocking or reducing it. You’ll find that small amounts of plants will cut it down a little bit, walls a bit more, metal surfaces and objects a lot.

Having a good amount of the right plants in the right spots, will help reduce your EMF exposure, but definitely also consider other measures together with the plants, discussed in How to Protect Yourself from EMF Radiation to reach a low EMF sanctuary.

A Large tree, relatively speaking, will mess up a TV or radar signal that passes through them.

Did you know that Nasa tested, and proved, that some indoor plants can absorb radiation?

When NASA completed their massive study on house plants and their various benefits, one plant that made it out with quite a reputation is the cactus. NASA found that the cactus was quite efficient at absorbing EMF radiation.

Since EMF radiation travels in a straight line, for the most part, to be most effective you’d have to place the plant directly between you and your computer, or whatever device nearby is emitting EMF radiation.

Cactus also absorbs the radiation that may be coming from nearby cell phone towers, so it is truly a plant that protects you from a wide range of radiation.

Part of what makes cactus such a wonderful plant is that it is so easy to maintain. Cacti do not need to be watered every day – just when the soil gets dry.

Besides its highly effective medicinal value, Aloe Vera is one of the best plants that absorb radiation and EMF emissions.

Just like other plants, it can also help clean and purify the air in your room by actively absorbing carbon dioxide while giving out oxygen simultaneously.

It is easy to grow and pleasant to look at – a charming combination that makes it a clear houseplant winner.

For it to work effectively in absorbing radiation, place the plant directly in line with any devices that emit EMF.

The spider plant is a common type of succulent. Studies have shown that spider plants are capable of absorbing a variety of pollutants, including harmful gases such as aldehyde and formic acid.

Its impressive abilities in absorbing pollutants qualify it as an effective absorber of EMF radiation as well.

The rubber plant is another great air-cleaning plant and certainly makes the list for the best radiation absorbing plants. It can be planted indoors or out and is relatively easy to maintain.

Rubber plants like a lot of indirect light in your home. Make sure you can set it near windows that let in a lot of light, but don’t let it get direct light on it. Their structures and colorings are just beautiful and each one will look vastly different from another.

These are the same plants that they will grow to make actual rubber with. The sap from the plant is what goes into making rubber that we use in everyday items like hot water bottles, bathtub plugs and hoses. 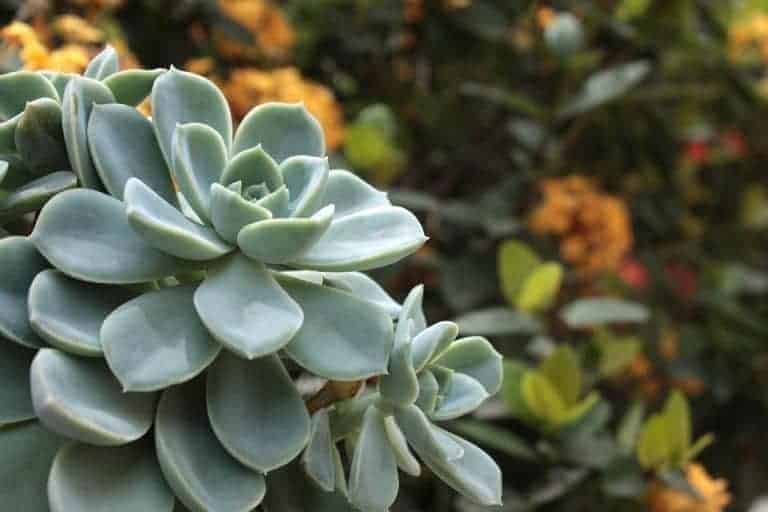 The stone lotus flower is a succulent that is similar in appearance to a cactus but is slightly different biologically.

It is great at absorbing radiation and considering its size, it is one of the most efficient plants at doing so. These unique succulents are small and can be kept on your desk right next to your computer, making for a great functional decoration.

You can order your own Succulents and cactis Growing kits that comes with everything you need to grow them or order a selection of them by clicking on the photo below.

Studies on Snake Plant (sansevieria) have shown that this plant can actively absorb over a hundred different types of poisons.

Being a potent anti-pollutant, studies have also shown this plant to be helpful as an antidote for exposure to certain forms of radiation, including EMF.

Sansevieria is a plant native to West Africa that goes by several other names such as “snake plant” or “mother-in-law’s tongue.” As far as care goes, it’s a hardy plant that’s easy to grow indoors.

Tips for Growing a Snake Plant

There are a few factors you need to consider before you decide to grow a snake plant. For instance:

Besides the lovely fragrance this plant can add to your house, it also has potent radiation-absorbing qualities, which makes it a useful plant for EMF heavy areas.

Its antioxidant properties have also proven helpful in the management of people exposed to gamma radiation.

Asparagus fern has spurs that are somewhat thorny. You might want to wear gloves while working with this plant.

Areca palm is a popular houseplant for both its aesthetics and well known ability to purify the air of toxins.

It’s especially common (and useful) in homes located in dry areas because it gives off large amounts of water vapor – important for cooling the environment.

It is also a potent absorber of EMF radiation, especially when placed in direct line – without obstruction – with the EMF-emitting device.

For this reason, the areca palm is most useful in home offices or for sprinkling throughout the house, placing in front of outlets.

It is easy to grow areca palm indoors, though it is not as hardy as some other radiation reducing plants we’ve mentioned.

In fact, sunflowers plants were planted around the Chernobyl site to help clear the radioactive cesium from the environment.

Sunflower is mostly an outdoor plant, though some people may occasionally plant it indoors. It is usually grown from seeds.

Ivy is one of the best absorbers of radiation available. It can absorb up to 90% of benzene in the air within 24 hours.

This means that it is extremely effective and works fast so that you can start benefiting as soon as you purchase and place this beautiful plant.

It is also known to clean and greatly improve the quality of your air, eliminating substances such as carbon dioxide, carbon monoxide, and formaldehyde.

Ivy can be planted indoors or outdoors, but if you want to take advantage of its ability to block and eliminate radiation, it is best to use it inside the home.

It is easy to grow inside as long you have a room that can provide the plant with plenty of bright light. If you have large windows in the south-facing portion of your home, this is the ideal spot to put the plant.

Ivy can conveniently be ordered online and delivered to your home.

As we have hopefully learnt from this article, that a sufficient amount of these plants, placed in the right spots can definitely be an additional and effective way of absorbing and reducing EMF radiation. They are also great in absorbing toxins and purifying the air, so what are you waiting for ?